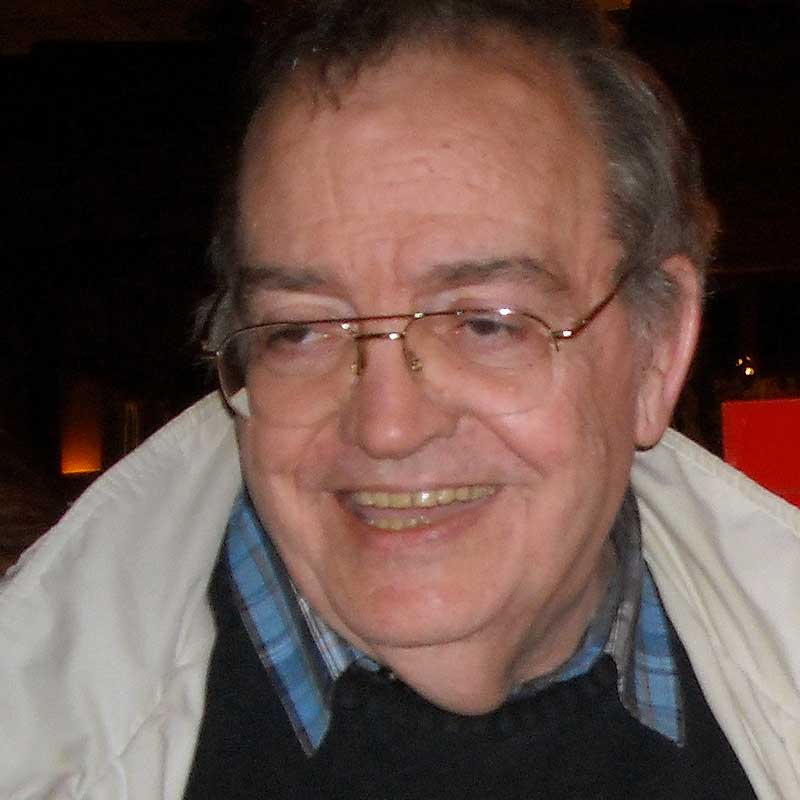 Born in Brussels on 1 October 1941, Etienne Borgers got to know François Walthéry in December 1965 at the "4e Cycliste" in Spich, where they were both completing their military service. Being an industrial engineer, he developed a passionate interest in whodunits and science-fiction, writing various short stories within these two genres for personal pleasure.

When Gos found himself monopolised by his own series, "le Scrameustache", Walthéry embarked on an all-out search for scriptwriters to devise adventure stories for the beautiful Natacha. Having enjoyed certain stories by his barracks room-mate, it was only natural that he turned to him for inspiration for his series.

Borgers started by providing the framework for a "Carte Blanche", parodying Benoît Brisefer. In 1973, one of his whodunits provided the basis for "La Mémoire de métal", the third title in the Natacha series. He then devised a long science- fiction saga in two volumes ("Instantanés pour Caltech", followed by "Les Machines Incertaines").

Among a dozen or so other scripts by various authors, Walthéry has had a third long air- stewardess adventure story ("African Express"), a thriller set in West Africa, in his desk drawers for an eternity.

An industrial engineer specialising in exports, Etienne Borgers left Belgium in 1989 to settle in Asia for nine years and then in New Zealand. From the other side of the globe he has always kept in contact with the world of writing, as a hobby, providing articles for various publications (cartoons, detective novels, Hi-Fi). He was the first person to present Belgian comic strips and several European authors in English on Internet sites which he has created since 1995.

In 1996, he launched the English-language site "Hard-Boiled Mysteries", entirely devoted to detective novels and films tending to 'noir', an initiative which caused a sensation in the U.S.A. fairly rapidly. In 1998, he published a study on the famous "Serie Noire' by Gallimard in "The Big Book of Noir", an anthology dedicated to the roman noir.

In 2000, he started up a new site, this time in French ? "Polar Noir'?, in which he reviewed novels and presented articles and interviews with French-speaking authors. Etienne Borgers returned to Belgium in the spring of 2001.