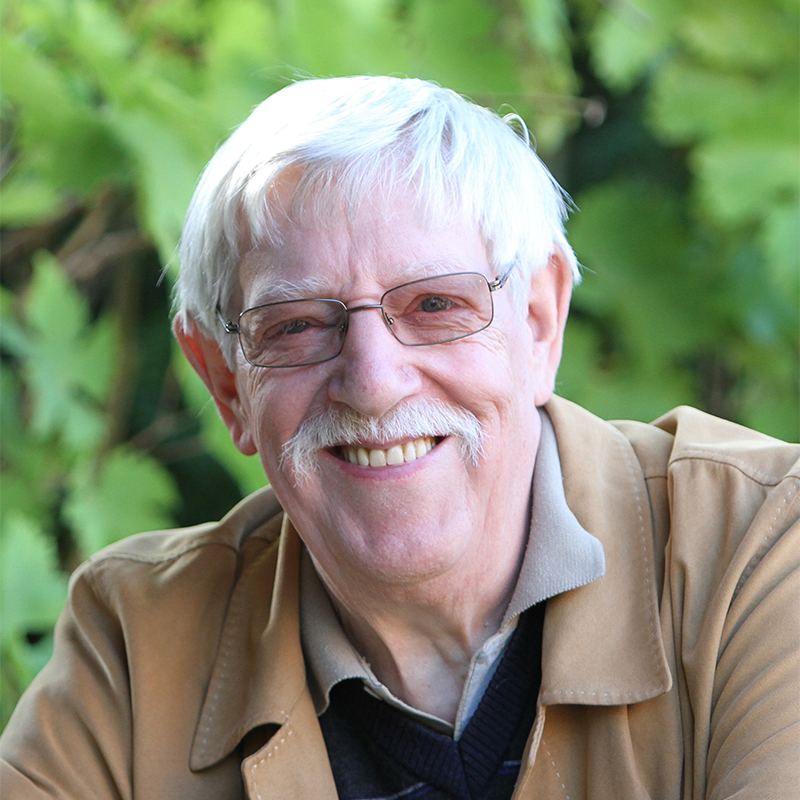 "The couch is my work tool. There is one in almost every room of the house, or something which resembles it". Raoul Cauvin, scriptwriter of umpteen stories, humbly admits that he can only think properly when lying down. He adds "What's more, I challenge you to think with your eyes open!".

Born in Antoing on 26 September 1938, Cauvin is one those rare people to have spent five years studying advertising lithography at the Saint-Luc Institute in Tournai, only to discover when entering the world of work that this profession no longer existed! He took up a whole range of menial jobs, notably a position in a factory manufacturing billiard balls where he developed a real passion for this game of green baize where there was rarely more at stake than having to buy drinks all round.

In 1960, he began at …ditions Dupuis as a....letterer (compulsory beginners' job if ever there was one), but soon became a cameraman in the cartoon department where he was to remain for 7 years. During the course of these years, he discovered his other passion scriptwriting. It was Charles Dupuis himself who offered him his big break. Cauvin started out with the publishing house's internal employees: Ryssack ("Arthur et Lťopold"), Gennaux ("L'Homme aux phylactŤres", "Loryfiand et Chifmol"), Degotte, Carlos Roque and Vittorio. At the start, he worked with a young illustrator from Paris - Claire Bretťcher! Their collaboration resulted in a series called "Les Naufragťs".

1968 was the key year. Cauvin and Salvťrius launched their own western, "Les Tuniques Bleues", a humorous comic strip based on the war of secession. When the cartoonist died, he offered Lambil the chance to revive the series, who developed it into one of the very best sellers. The saga sold more than 15 million copies in French and was translated into countless languages throughout Europe.

Still responsible for the old Rank machine producing copies and making enlargements or reductions for editing and guest authors, Cauvin was at the centre of activity from then on, and, thanks to his ever- increasing reputation, he found himself headhunted by all illustrators in need of a script.

Even though he excelled in humoristic adventures for all audiences and in all types of visual comic strips, in the 1980s he was drawn to more incisive productions, often bordering on black humour and surreal parody. This is how the new wave of cartoonists wanted it: Bercovici ("Les Femmes en Blanc"), Hardy ("Pierre Tombal"), Glem ("Les Voraces"), Laudec ("Cťdric" and "Taxi-girl"), Malik ("Cupidon"), Bťdu ("Les Psy"), Carpentier ("L'Annťe de la biŤre", then "Du cŰtť de chez Poje), Jean-Pol (revival of "Sammy" after Berck retired) etc.

His failures were rare. His imagination, the quality of his dialogues, the professionalism in the shooting scripts which he delivered in full to his authors constituted a real goldmine. The general public could rest assured that they would find that all albums bearing Cauvin's signature were popular and pleasant to read. This is a gift and it is exceptional that he was able to deploy it for so many series at the same time, forcing him to supply the material for a good 15 volumes a year without ever slowing down!

Cauvin loves chasing ideas like other people love to chase butterflies, and as the man himself says, long may it last...