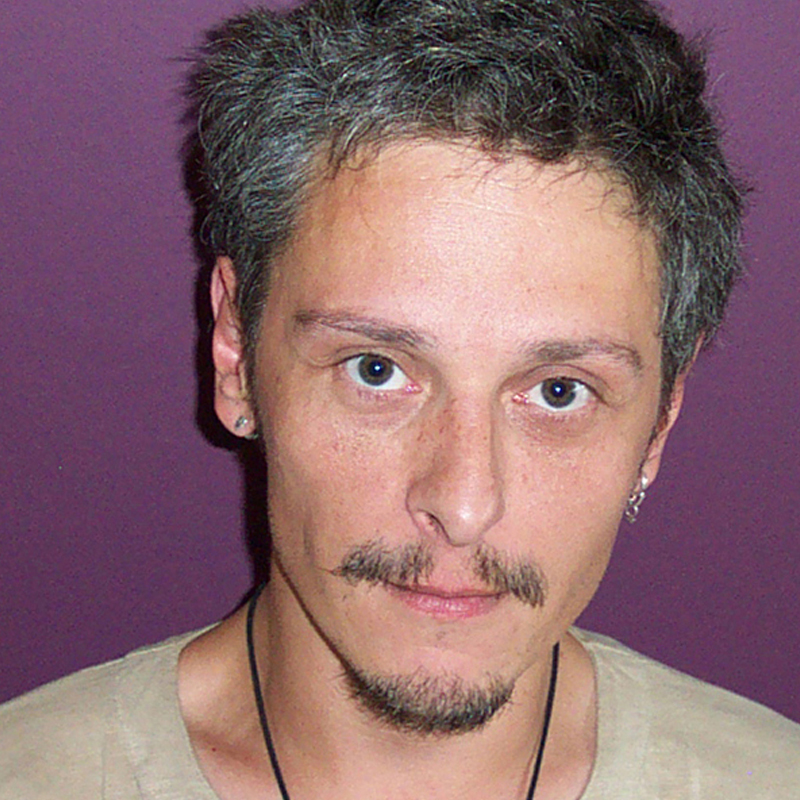 Born in LiŤge on 16 November 1965, Frťdťric Seron, known as "Clarke", could do almost anything! Playing instruments, speaking Spanish, composing songs in German, writing in Danish, singing in Latin...and even producing an unbelievable number of comic strips every week!

After studying at the School of Fine Arts and Architecture, he went into fashion illustration before falling for comic strips while contributing to local collective publications ("Qui a tuť FranÁois Walthťry" and "B.D. Mode, c'est belge").

In 1987, he published his first personal album for Khany, entitled "Rebecca Bon anniversaire, Papy]", based on a script by another beginner, FranÁois Gilson, who hardly left his side again.

Spirou featured his complete stories, "Cambrioleurs", written by Crosky, and the fantasy mini-strips "Africa Jim", illustrated by Gilson. It was with Gilson that Clarke discovered the charms of witchcraft by launching "Mťlusine" in 1992. Bewitched, …ditions Dupuis quickly gave the eternal witch's apprentice her own collection of albums.

With this success, Clarke's productivity shot up to such a point that he was forced to adopt the pseudonym Valda to illustrate, in a more refined style, the adventures of the "Baby-sitters" proposed by Christian Godard.

The Humour Libre collection allowed him to diversify. Based on scripts by Yann, he blithely massacred the biographies of respectable authors Andersen and Perrault presented in the series "Sales petits contes".

He even allowed himself the pleasure of publishing his own collection, with help from Midam on the scripts, with the promising title of "Durant les travaux, l'exposition continue...". The original feature of the first two volumes on this series was that all the characters in the strips wear glasses. Clarke claims to only wear them when his eyes are tired... which should not happen to him too often as he still finds the time and energy to provide many illustrations for Spirou when he is not illustrating a new series for the monthly publication Fluide Glacial.