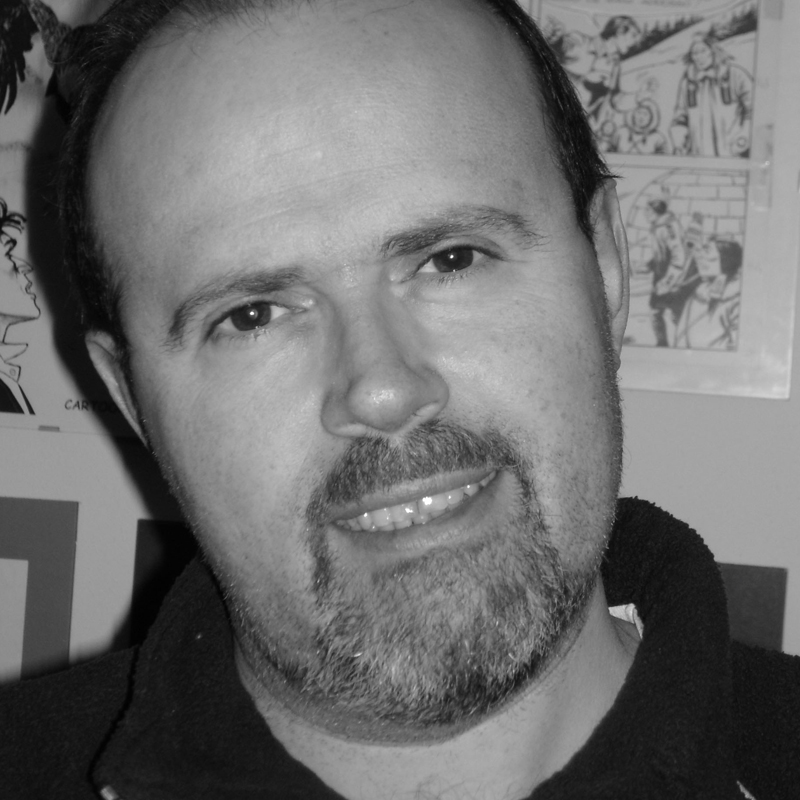 Nicola Genzianella was born on January 15, 1967 in Milan. He attended the Scuola del Fumetto in Milan.

In 1994, Nicola began to work on the journal "L'Intrepido" and created the series "Crononauti" and "No Exit" with Giorgio Schottler.
Later, he worked with the publisher Xenia on their collection of comics adaptations of 19th-century novels. Around the same time, he began to work on the magazine "Giornalino", which caught the eyes of the editors at Sergio Bonelli Editore. Since 2000, he has worked at Bonelli on the epic "Dampyr" series about a vampire hunter who's half- vampire himself.

In 2008, Nicola joined Stéphane Bec and Christophe Betbeder as artist on the second volume of the "Bunker" adventure series published by Dupuis. The series has earned recognition at comics festivals and was published in 2015 in Italy.

His series : Bunker Bunker Intégrale No sea, no land