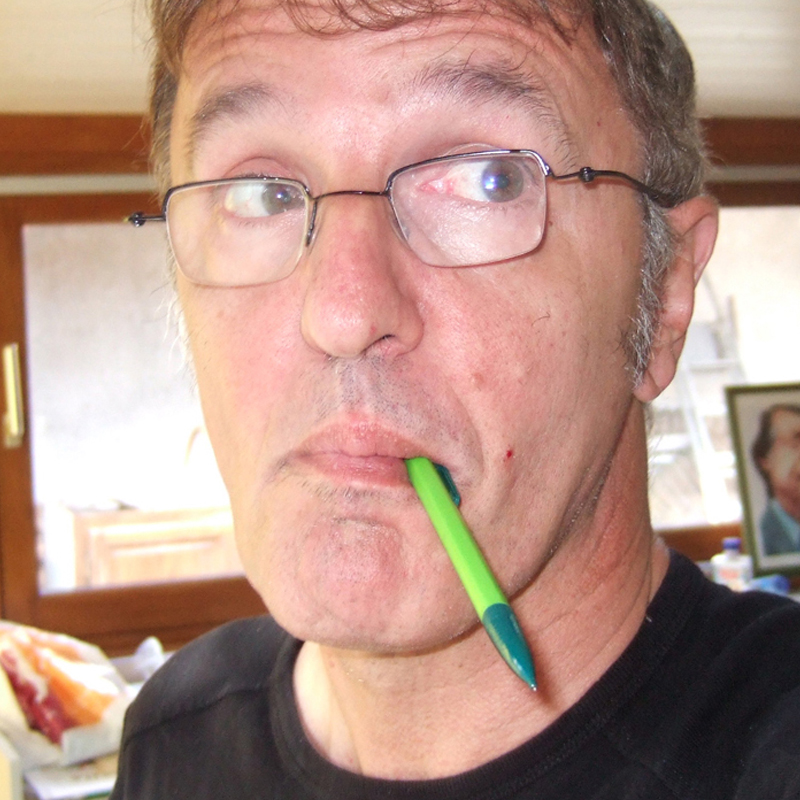 Gibrat specialized in the Front Populaire and the agriculture of the USSR at school, and excelled in history.

He then turned to graphic design in advertising, and enrolled in the faculty of fine arts in 1975. Two years later he dropped out to embark on a career as a cartoonist, and published his first complete stories in "Pilote."

When he met the scriptwriter Jackie Berroyer, eight years his senior, little "Goudard" was the result, a series about the daily mishaps of a young boy who would subsequently appear in "Charlie Mensuel" and "Fluide Glacial." At the same time Gibrat did some illustrations for trendy magazines ("L'Edj", "Le Nouvel Obs" etc.) and contributed to various I.T. press outlets, then to "Je Bouquine" and "Okapi" (the "Médecins sans frontières" series, based on scripts from Guy Vidal, then Dominique Leguillier).

In 1982, his talent for drawing women inspired Berroyer to propose a new character to him, a Parisian woman on holiday, to be introduced in "Pilote." They decided to combine Goudard and this seductive heroine in a new series of books published at Dargaud.

However, it was not until solicited by the prestigious Aire Libre collection that he launched his solo projects, "Le Sursis" (The Reprieve) and "Le Vol du Corbeau" (The Flight of the Crow), that would finally bring him the recognition and the prizes he deserves. Being passionate about history, he manages to faithfully convey all the emotion of the French occupation. His talent is indisputable. The only question is: where will he take us next?