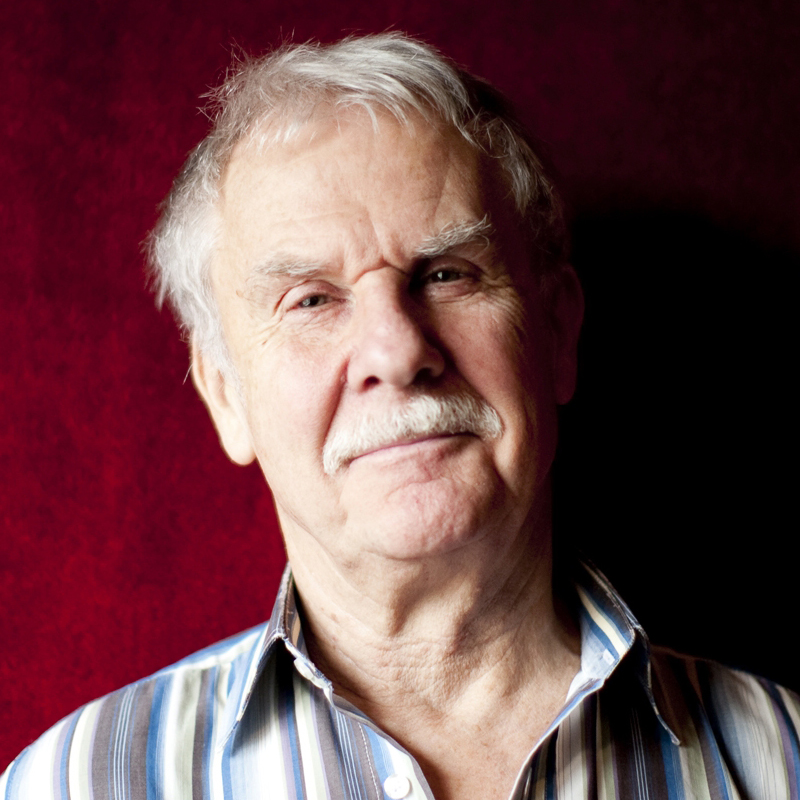 Hermann, born on 17 July 1938 in Bķvercķ, in the province of LiĶge, is a self-educated man. The only culture in his native village is agriculture, and he has to wait until his mother takes him to Brussels (where he still lives) before he discovers what lies beyond the horizon.

Since that day he has never ceased to explore, imagine, experiment, like a researcher in a laboratory. In Brussels he takes his first drawing courses in one of those fine-arts academies that flourished at the time. But the director soon discourages him: "Telling stories by drawing? My poor boy, that's not a profession!"

So he first learns the trade of cabinet-making, but uses his diploma no more than a week or two: he hates the life in a workshop, and the restriction and pettiness of the environment.

At the age of 17, fascinated by the American Dream, he leaves to live in Canada. But the dream was in his head only, and he is home-sick... and what's more, he is interested in jazz, classical music, books, paintings, the cinema! Four years later he returns to Belgium, becoming an architect and interior decorator.

His marriage at the age of 22 gives his life a new direction. In 1964 he illustrates an "Oncle Paul" for SPIROU ("Livreuse d'avions"). His brother-in-law, Philippe Vandooren, future editorial director at ╔ditions Dupuis, notices his drawing talent and asks him to contribute to the scouting magazine PLEIN-FEU which he runs at the time. His complete story, a parody of the adventure story, attracts the attention and gets him a job at Greg's studio.

His first comic strip is rejected by Goscinny and the magazine PILOTE. He then creates "Bernard Prince" and "Comanche" at TINTIN, with scripts by Greg, "Jugurtha" of Vernal, followed by "Nic" with Morphķe in SPIROU.

In 1977 he decides to write his own scripts: he starts with the series "Jeremiah" and continues, in 1982, with "Tours de Bois-Maury". In 1991, when he published "Missiķ Vandisandi" in Aire Libre, his first "one shot", he hugely enjoys the freedom offered by a complete story, and decides to steer his career in that direction, which fully satisfies his needs as an author

In the same collection he expresses his fierce indignation about the recent events in Bosnia, in 1995 in "Sarajevo- Tango", then returns to the Western with "On a tuķ Wild Bill" and greets the year 2000 with the illustration of "Lune de guerre", a surprising modern script by Jean Van Hamme.

He also allows himself a small humoristic diversion, assisting his son Yves in the realisation of his first book ("Le Secret des hommes-chiens") and illustrating a script by Yann inspired by Perrault, "Deux citrouilles... et plus si affinitķs", for the second volume of the "Sales petits contes" in the collection Humour Libre. In the collection "Signķ" of Lombard, he illustrates more of his son's scripts: "Liens de sang" and "Manhattan Beach 1957".

In thirty years' time he has published nearly sixty books. They were all created with the conscience of the craftsman and the inspiration of the artist. Hermann can be defined as a "disciplined independent", loving images and jealous of their freedom.