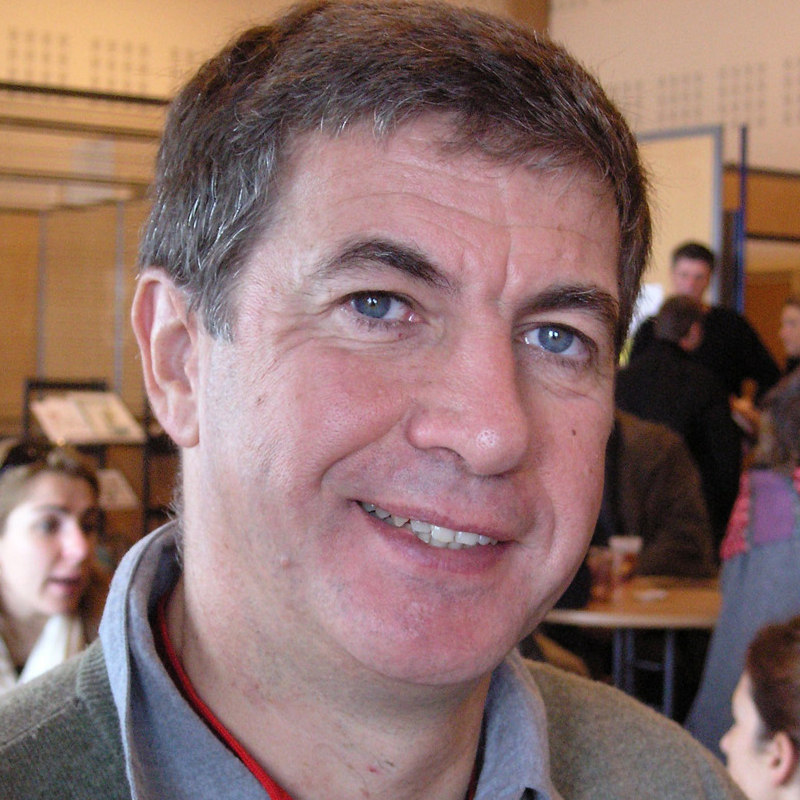 Self-taught. While he was studying at the Estienne school of art, it was his meeting with Patrice Pellerin, who was living at house of the famous illustrator Pierre Joubert at the time, which was to be the deciding factor. As though he had had some kind of revelation, he began drawing furiously, working on the bases of academic drawing: anatomy, perspective, composition, etc.

Having passed his BTS technical diploma, he then decided to give this profession a go. Then followed a few difficult years of training, where it was necessary to take on all sorts of jobs. As well as illustrating (French scouts, Hachette, etc.), he made a quick appearance in advertising. Six months as a storyboard artist in a Parisian agency, BLACK STUDIO.

However, comic books remained his main objective. His first comic book was a historical album for the Oise Crédit Agricole: "2000 ans d'histoire de l'Oise", published by ID Program. This was followed by his participation in a collective album, still for the same agency, "2000 ans d'histoire de la Bretagne", in which several future comic book greats can be found, such as Juillard, Rouge, Lidwine, Arnoux and Rollin, among others.

Thanks to Patrice Pellerin, he met Jean-Michel Charlier who suggested he take over the artwork for the series "Jacques Legall". But the master was too busy and never provided a script.