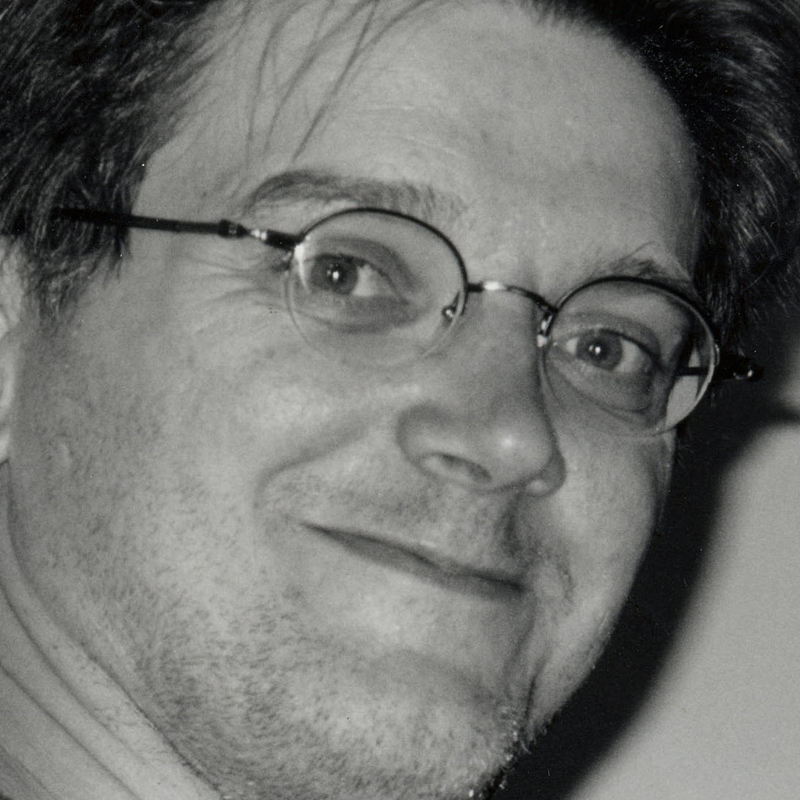 Born 1971 in Albi, Fabrice Lebeault began his cartoonist career by publishing Horologium with Delcout in 1994. This unusual and highly personal series was inspired by such classic portraits of a not terribly rosy future as George Orwell's 1984, works belonging to the SF-new- wave of the 1980s, and even the animated film Le Roi et l'oiseau by Paul Grimault and Jacques Prévert. In a futuristic world, which has become exaggeratedly regimented, a broken-down robot breeds unrest by disobeying all its programmed instructions. Despite working in the shadow of these great forerunners, Fabrice has proven his talent as a cartoonist who can create a coherent universe and incisively pertinent dialogue. The first volume of the series (L'Homme sans clef) was awarded a prize at the 1994 Salon de la Jeunesse in Montreuil, and then won the Alph'Art "Coup de Coeur at Angoulęme in the following January. His universe was further developed in subsequent volumes: L'Instant du Damokle (1995), Nahédig (1997), La Nuit du Requinqueur (1998), Le Grand Rouage (2000), etc.

With Denis-Pierre Filippi collaborating on the script, Fabrice tackled the diptych fantasy Le Croquemitaine for the Aire Libre Collection of Dupuis. Once again the action takes place in an unknown land, where outlandish elements exist side by side in a society that disrupts the time and story of adolescent initiation, in which the heroes are not without some resemblance to the characters of popular 19th-century serials.

His series : Spirou by Émile Bravo The Story Eater