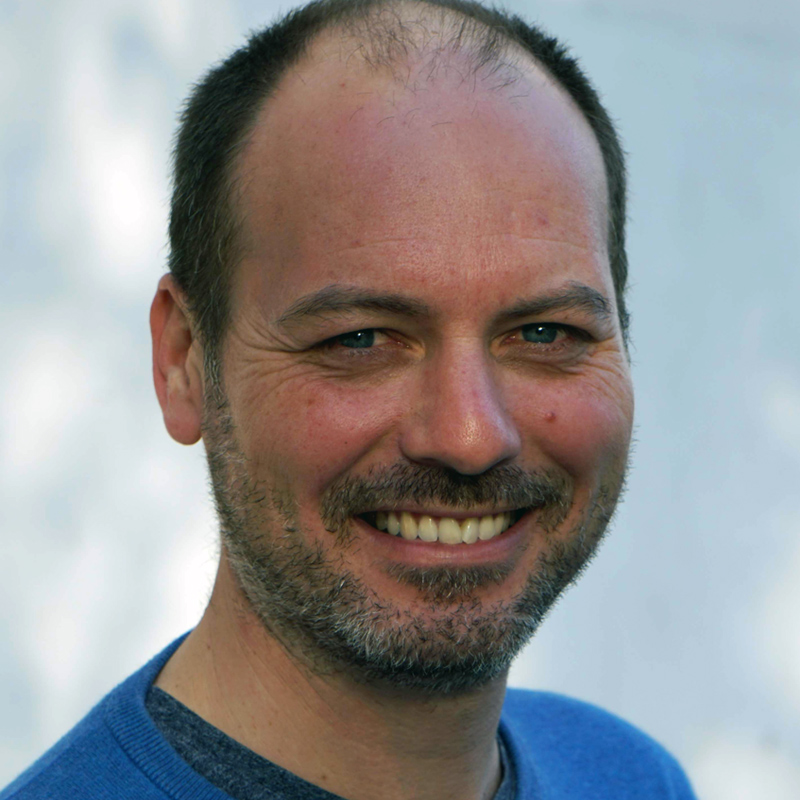 Born in 1971 in Arras, Gergory Mardon worked with several teams of animators after completing a program of studies at the Gobelins School of Animation in Paris, where he studied the principles involved in elaborating backgrounds. With these teams he contributed to the backgrounds and storyboards of numerous animation series produced in France, including "Papyrus", "Blake et Mortimer", "Fant¶mette", "Diabolik", etc. Concurrently, he made his initial forays into the comic strip by producing three complete four-panel stories that appeared in SPIROU: "Le Derrnier Show de Pipo et Mello" (n░3166, 16/12/1998), "Dinozorro" (n░3186, 5/5/1999) and "La Panne" (n░3212, 3/11/1999).

In January 2000 he first assayed a lengthy comic-book creation by composing "Vagues Ó l'Ōme," a magnificent narrative about his grandfather that was published by Humano’des Associķs.
He continued to pursue his career in animation until 2002, when the publication by ╔ditions Cornķlius of his second album, "Cycloman," composed in collaboration with Charles Berbķrian (one of the authors of Monsieur Jean), incited him to make the definitive "big leap" to the comic strip. It was then that he took on the complete authorship of a grand fresco on contemporary daily life; "Corps Ó corps" has been retained for publication by the Aire Libre Collection of Dupuis and marks Gregory Mardon's definitive inclusion among the authors of large-scale adult-oriented comics. His talent is well and truly confirmed by his first comic book series "Incognito" (Dupuis 2005, Europe Comics 2016), about the infernal spiral of human relationships. Perhaps one day we will get an animated film out of him...

His series : Body and Soul How do you break? Incognito Mardon (Intķgrale) Object Lesson The Hairs The Last Man