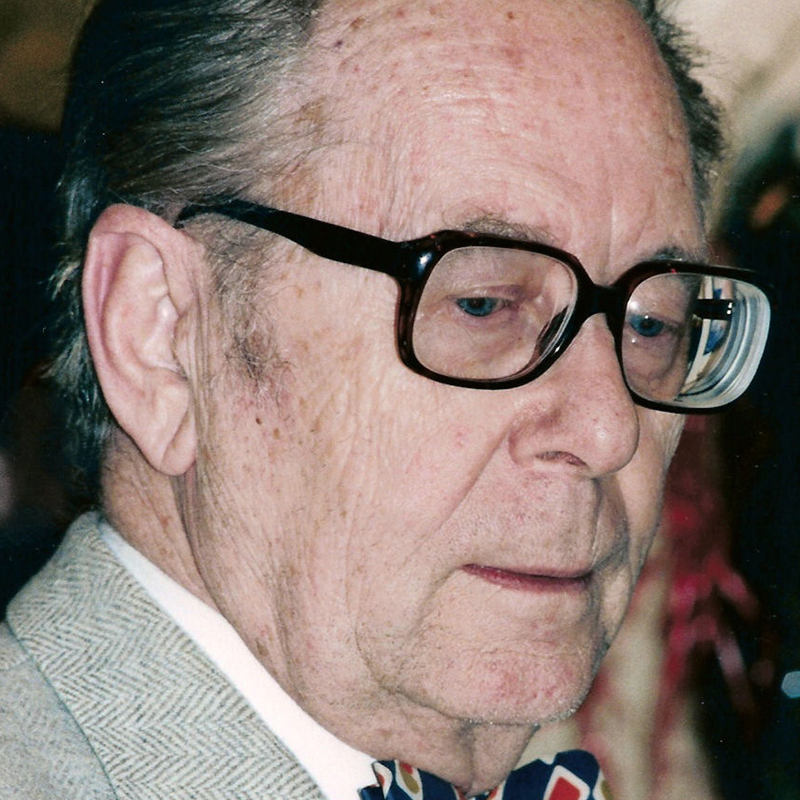 Born in Courtrai on 1 December 1923, Maurice De Bevere, known as Morris, took a correspondence course in animation, set up by Jean Image, and at twenty started at the Brussels studio CBA as an inker, where he met Paape, Franquin and Peyo.

At the same time, he started publishing cartoons and caricatures in Moustique at …ditions Dupuis, and introduced Franquin there when the cartoon company closed.

To train these youngsters, Charles Dupuis opened a workshop for them in Brussels and put them in touch with Jijť, with whom they soon moved in, and with Will, forming the "gang of four" in Waterloo. This fruitful training would lead them towards cartoons and the magazine Spirou, for which Morris, passionate about westerns, created "Lucky Luke" in 1946.

His style would gradually shake off the influence of cartoons. He established the universe of his hero in about eight great classic episodes, composed alone, and accompanied Jijť and Franquin on their Mexican and American tour, choosing to stay in New York for a few extra years to do some research and carry out some small jobs on the spot, including some children's books and contributions to a few episodes in comics.

It was there that he met a young Frenchman, Renť Goscinny, whom he chose as his first scriptwriter after an initial trial episode, in 1955 ("Des rails sur la prairie"). The times had changed and the formidable French censorship meant that it was no longer permitted to kill characters off, even bad ones like the Dalton brothers or the implacable Phil Defer. Goscinny would develop the parodic aspect of the series, while skilfully avoiding the traditional violence of real westerns. He revived the Daltons, as it were, in the form of their cousins, and turned into reality the idea of a dog who would be the antithesis of Rin Tin Tin: the famous Ran Tan Plan, "the stupidest dog in the West'...

Of Flemish origin, systematic and hardworking, Morris devoted himself exclusively to the development of his star series. In 1967, after 31 books at Dupuis, 21 of which had scripts written by Renť Goscinny, he rejoined his partner at Dargaud, where he had notched up 29 books by 1988, 16 of which were written by Goscinny.

The death of the latter in 1977 prompted the cartoonist to find many new sources for scripts so that he could constantly revitalize the environment for his solitary cowboy: Vicq, Bob De Groot, Xavier Fauche and Jean Lťturgie, Lo Hartog Van Banda, Guy Vidal, Yann and …ric Adam all worked with him for one or more episodes.

In 1991, Lucky Luke became the star of Lucky Productions, who combined with Dargaud to form a joint organization, Lucky Comics, in 1999. Ran Tan Plan has been developing his own parallel series of comic strips and adventures since 1987, generally drawn in collaboration with various assistants (Michel Janvier, Frťdťric Garcia, Vittorio Leonardo). With some of the highest circulation figures in French cartoons, the series "Lucky Luke" has become a complete business.

Morris" success is exemplary, both on account of his talent and his tenacity. Even though, during his first ten years of maturation, he sometimes accepted diversionary jobs for a short time illustrations for the daily paper Het Laatste Nieuws or for novels by Paul Berna serialized in Spirou, sentimental covers for Les Bonnes Soirťes and a short contemporary detective story written by Renť Goscinny for the weekly publication Le Hťrisson in 1956 ("Du raisinť sur les bafouilles") he is one of those rare authors to put all his effort into a single character for over half a century.

His death in July 2001 marked the end of a great era, even if Lucky Luke, like a number of big cartoon stars, will probably have other adventures with new teams of illustrators and scriptwriters. His creator had developed a very personal, perfectionist style which will be difficult to match.