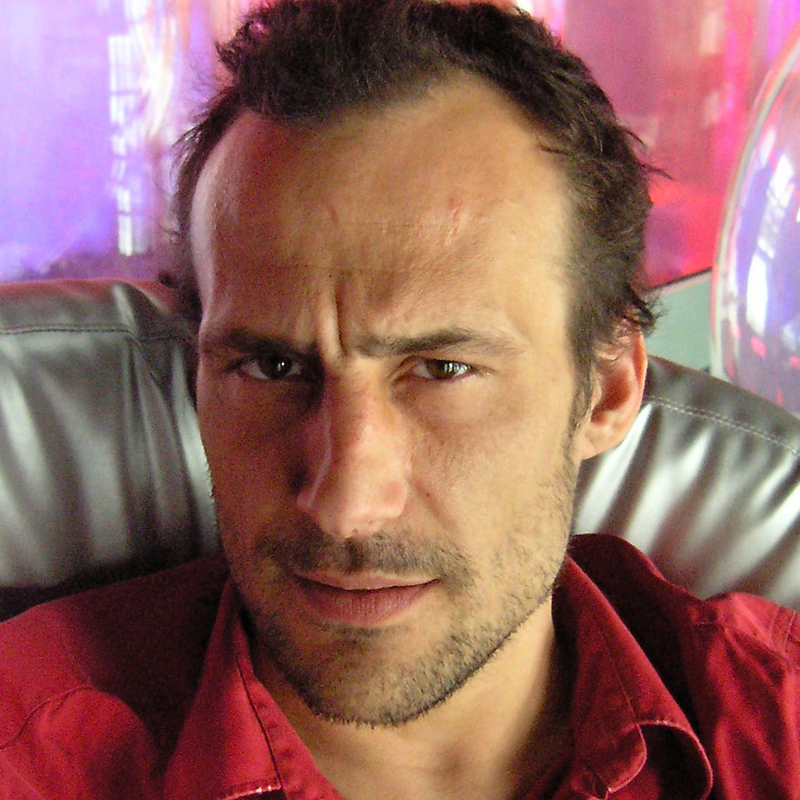 Born in 1969, Serge Pellé spent three years studying graphic arts at the École Brassart in Tours, and gained a vocational qualification as an advertising layout artist in 1989. Armed with this impressive diploma, he left for Paris and embarked on a career in advertising, in the course of which he drew lawnmowers, and washing machines, and displayed a particular talent for toolkits and car seat covers... His first book was a catalogue for household goods store BHV (a bestseller, of sorts!).
In 1993, he met Laurent Galmot, a moustachioed man with a somewhat untidy office who was working for Vents d'Ouest, and produced several commissioned works for the latter, with Thomas Mosdi.

In 1996, he started a publishing venture called Le Téméraire, with a series called "Le Grand Chambardement", whose first volume he produced under the mellifluous name of Torgnoll. He saw the birth of a book and the death of a publisher... The little boat started leaking and sank with the second volume. RIP.

Since then, he has divided his time between set design, video games and cartoon films. He has worked as pre-designer on the TV series "Malo Korrigan" and done some of the storyboard work for the series "Kaputt & Zosky".

In 2005, he worked with Sylvain Runberg on the "Orbital" series published by Dupuis, in the "Repérages" collection.