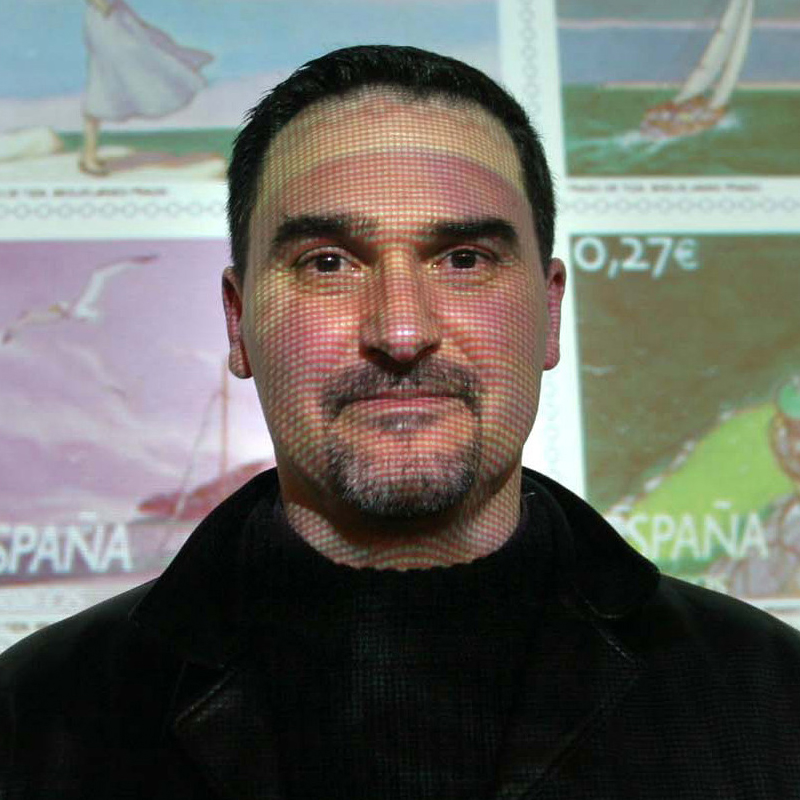 Born in Spain in January 1958, Miguelanxo Prado publishes his first comic strips in various fanzines in 1979 when he is still a student of architecture. When his album "Chienne de Vie" comes out in 1988 (published in France by Humanoides Associés) he decides to devote himself entirely to the world of comic books.

Prado's work really becomes known throughout France in 1989 because Humanoides Associés publishes a translation of "Demain les Dauphins". This album is soon to be followed by "Stratos", "Chienne de vie", "Manuel Montano" "C'est du sport" and "Y'a plus de justice" (at Casterman and Humanoides Associés).

1993 is a year of recognition. Prado publishes "Trait de craie" at Casterman and is awarded the Prix des Libraires BD 93, l'Alph-art d'Angoulême 94 for best foreign album as well as the Prix Spécial du Jury of the Festival de Sierre 94.

Although he has proved before that he easily alternates genres and techniques, Prado then takes up comic books for children. He adapts, for instance, Prokofiev's famous "Peter and the Wolf" and gets it published at Casterman.
Éditions Mosquito, where he publishes "Fantasmagorie", devote a monograph to him, edited by five French and Spanish authors.