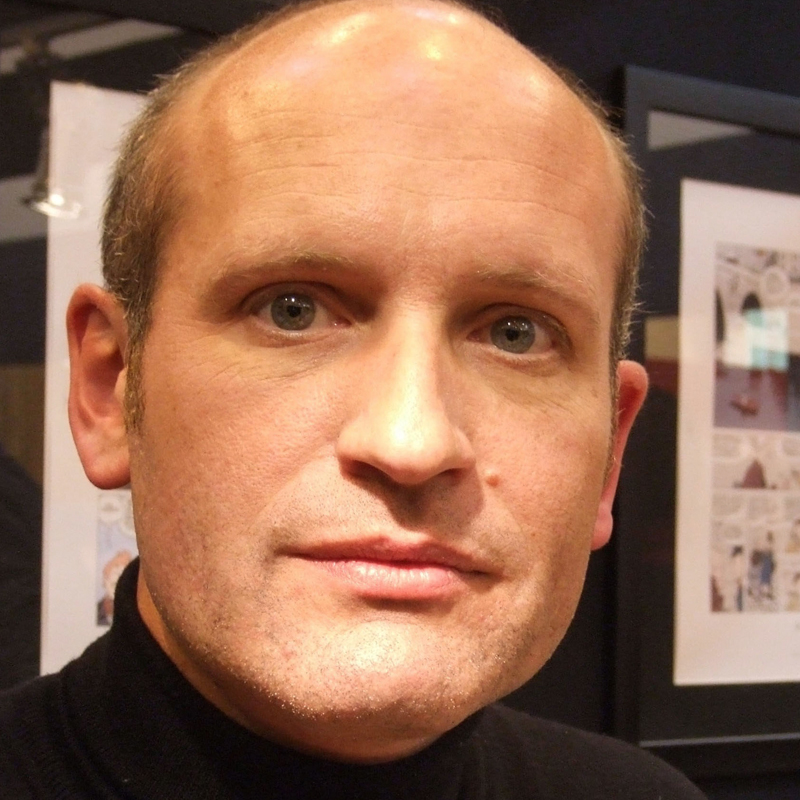 Although primarily a novelist and essay writer, Frédéric Richaud has come to the attention of the comic book world with his graphic novels on various subjects. He co-wrote the series "Le Maître de peinture" with Makyo (illustration by Michel Faure, Glénat), adapted his own novel, "La Ménagerie de Versailles" under the title "Le Peuple des endormis" for the illustrator Didier Tronchet (Dupuis), and he scripted "La Prison" (Glénat), with illustrations by Sicomoro. More recently he collaborated with artist Ivan Gil on the adaptation of "La Bataille" (Dupuis, 2012, Europe Comics, 2015, "The Battle"). Following the success of this three-part series, Gil and Richaud then decided to produce a comic book account of Napoleon's disasterous Russian campaign in "Berezina" (Dupuis 2016, Europe Comics 2017).

Alongside these forays into the world of speech bubbles, Frédéric Richaud pursued a successful career as a literary man, which he began in the late 90s. He published several biographies devoted to the writers Luc Dietrich, René Daumal and Boris Vian and regularly worked with many magazines (Le Figaro, Le Nouvel Observateur, L'Echo Savannah ...) But it was with works of fiction that Frederic Richaud was later noticed: including "Monsieur le jardinier", "La Passe au diable" and "Jean-Jacques", all published by Grasset and translated all over the world.