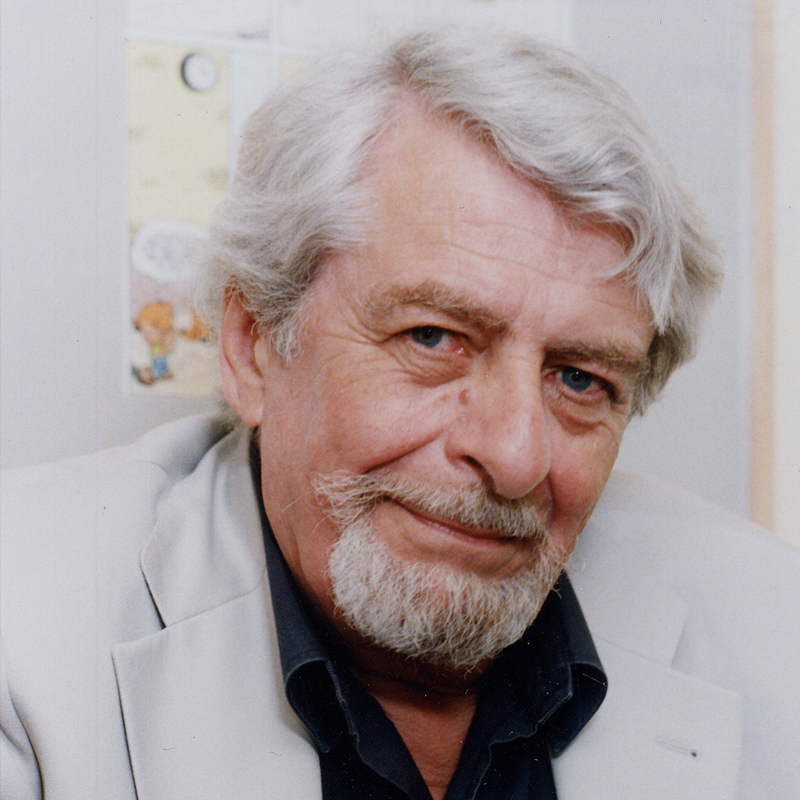 Born in Schaerbeek on 28 July 1930 and drawing from a very young age, Jean Roba first turned to advertising, where he worked as an illustrator, then became head of a studio.

A friend introduced him to …ditions Dupuis, where he started to supply illustrations for the weekly magazines Spirou and Bonnes Soirťes in 1957.

After two trial "Oncle Paul" stories, in collaboration with Paape, he wrote a complete story involving the first character created by himself, "Tiou, le petit Sioux", and went to Franquin's workshop to write three "Spirou et Fantasio" stories with him for the daily newspaper Le Parisien Libťrť.

At the same time, he created the first adventures of "Boule et Bill" in 1959, with a script by Maurice Rosy, in the mini-story "Boule contre les mini-requins". The little boy and the dog presented here belonged to his own family: he was inspired by his son Philippe, known as Boule, and his cocker spaniel Bill. After a complete trial story, Boule and Bill became fully established as weekly cartoon strip characters and the artist maintained this pattern for almost twenty years, only giving them a single long adventure ("Boule et Bill globe-trotters") in 1982. In the late 1980s, Boule and Bill emigrated to Dargaud, where they had over a thousand stories, although they appeared at reduced speed.

During his most productive years, in the prime of life, Roba produced a great number of animations and illustrations for the magazine Spirou, announcing on the cover the major series published in the weekly magazine between 1961 and 1965. He launched "La Ribambelle" in half a dozen long stories with scripts by Vicq, then Tillieux, and he created the little girl "Pomme" for the monthly magazine Record in 1962. From time to time, he allowed himself the luxury of writing complete short stories for special issues, in order to explore other methods in graphics and to create characters which, more often than not, he would regret not being able to pursue.

The growing success of "Boule et Bill" forced him to abadon "La Ribambelle" and to leave only a few draft comic strips of "FrŤres Fratelli", "Jo Toubib et son boy Esculape", "Les Cinq petits anges du Paradis", "La Naissance d'un fantŰme". In 1977, he made an animated version of Adam in paradise for a short time in three short stories for "SixiŤme jour' for Le Trombone Illustrť, the short-lived but much-missed supplement of Spirou.

In 1999, to mark the forty-year career of his characters, …ditions Dupuis and …ditions Dargaud teamed up to present the complete chronological works of Boule and Bill stories, in 27 volumes. The number of books about the kid and the cocker spaniel who never age sold in France and Belgium has since exceeded twenty-five million. They are available in a dozen or so languages and have been used to illustrate countless products more or less all over the world.