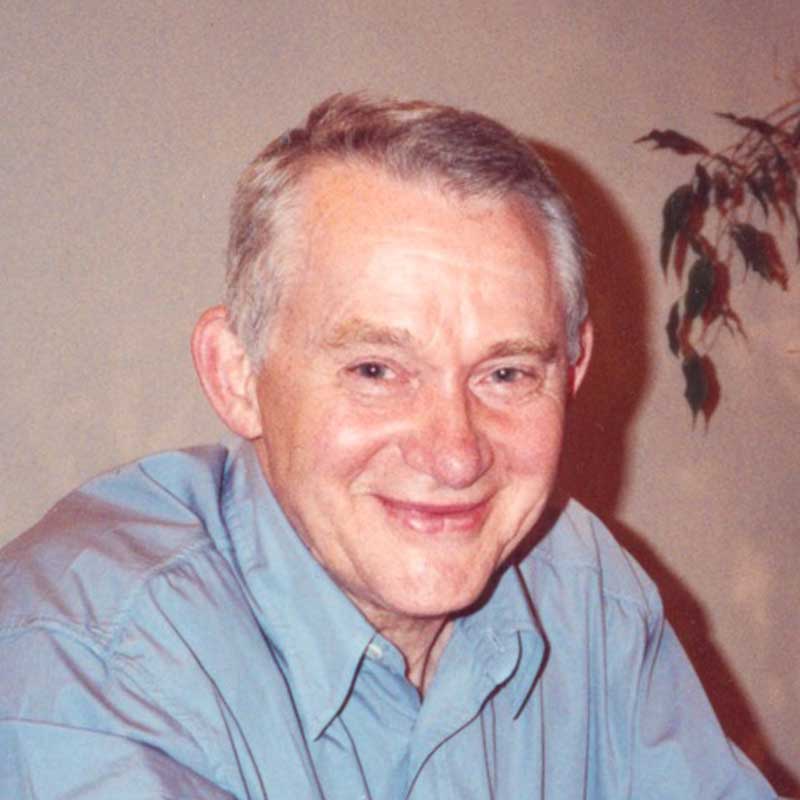 Born in Fontaine l'ťvÍque on 17 November 1927, Maurice Rosy would have a relaxed reign over the graphic development of newcomers to the magazine Spirou for twenty years, before starting a new and brilliant career as a graphic designer and illustrator in Paris, which had nothing at all to do with cartoons!

The editor Charles Dupuis took him on in 1954 as an "ideas person" and soon put him in charge of the company's design office. Rosy therefore took on a rather vague function as "artistic director" until 1971, giving advice generously when asked for it, but refusing to impose rigid rules which could destroy the enthusiasm of his supplicants.

At the same time, he provided Franquin with a few scripts for "Spirou et Fantasio": ("Le Dictateur et le champignon" in 1953 and "Les Pirates du silence" in 1955), and Jijť ("Yucca Ranch", the second adventure of "Jerry Spring"). His greatest success in this area was taking over the script of "Tif et Tondu" for Will and the creation of Mr. Choc, a sort of cartoon FantŰmas with an immediate impact. From 1954 to 1969, he wrote around twenty surprising episodes for these heroes, before handing over to Maurice Tillieux.

He also helped out authors whose inspiration had temporarily run out. It was in this way that he collaborated on the two stories in which Guy Bara transferred his hero of the silent comic strips, "Max l'Explorateur", to a traditional comic strip with dialogue. In 1959 he wrote the first mini-story for Roba, portraying his characters "Boule et Bill". And he developed the detective dog "Attila" into a series for Derib, a young Swiss man starting out with Peyo.

The creation of the mini-story in the newspaper would give him a remarkable range of experience. In these productions for the graphic arts, less demanding given their reduced size, he was able to launch and train a number of young artists. He himself was particularly fond of "Bobo", the little moaning convict spending happy days in the prison of Inzepocket, whom he created in collaboration with Pol DeliŤge. In the late sixties, he resurrected him with Maurice Kornblum and developed him in the direction of the silent burlesque, with a more refined design, close to the cartoon, even going as far as creating a short-lived Bobo Magazine around him in the pages of the newspaper.

Plunged into the very classic world of the narrative cartoon, Rosy has never ceased to develop towards pure graphic meticulousness and total simplification, freed from the constraints of the story. In addition to this, we owe him a few strips of a remarkable, almost extraterrestrial, cartoon, all in geometrical shapes, with a text in a deliberately abstruse style, which led to controversy lasting several years between supporters and adversaries of such daring. (L'Encyclopťdie PlanŤte de la BD was on his side, by the way, publishing the complete version while omitting characters as famous as "Mickey" or "Donald'!).

It is therefore hardly surprising that he embarked on a new career in France during the 1970s, becoming a particularly sought-after illustrator and graphic designer in advertising, and illustrating many books for Bayard, Nathan, Bordas, Hatier and Presses de la Citť.