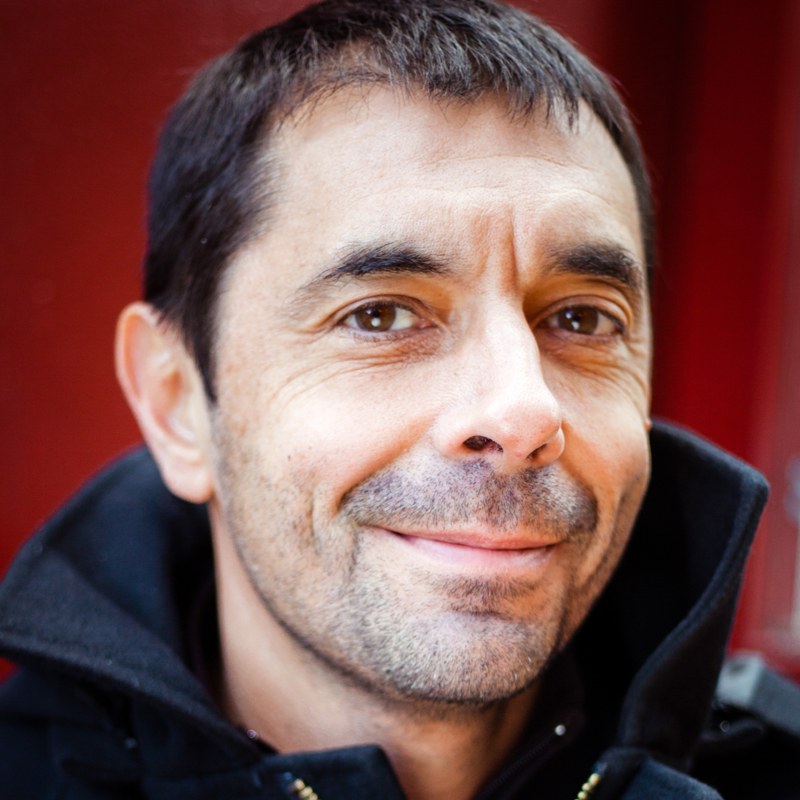 Born in France in 1963, Olivier Schwartz started making comics in 1963 by participating as a young self-taught illustrator in the fanzine "Plein la gueule pour pas un rond" ("PLGPPUR" then became "PLG"), in which other authors also got their start, such as Dupuy & Berberian, Eric Liberge, Colonel Moutarde, Emmanuel Moynot and Joe G. Pinelli. His natural talent and his style, close to the "ligne claire" of Yves Chaland, Ted Benoit and Joost Swarte, were first noticed by children's publishers in France; Milan published his first comic in 1986 with a script by Claude Ecken ("Pierre, Sophie et Robbie"), which was followed by many children books. Starting in 1988, and for the next 20 years, he illustrated "Les enquętes de l'inspecteur Bayard" (Bayard) written by Jean-Louis Fontenau. But it is the scriptwriter Yann who got him his start at "Spirou" and Dupuis. In the 2000s, the duo tried a few projects that were aborted (like a reboot of the Dupuis classic "Gil Jourdan") before convincing Dupuis to entrust them with an adventure of "Spirou and Fantasio." The result was "Le Groom vert-de-gris" in 2009, one of the most successful of the series, reconnecting with the character invented by Rob-Vel and taken over by Jijé. Then followed the first volume of "Gringos Locos" (Dupuis, 2012), retracing the amazing adventure of Jijé, Franquin and Morris in the United States and Mexico, and "La femme-léopard" (Dupuis, 2014), the second adventure of "Spirou and Fantasio" by Yann and Schwartz. Oliver Schwartz has now become one of the publisher's most dependable artists. His most recent work includes "Atom Agency" (Europe Comics in English), published in 2018.