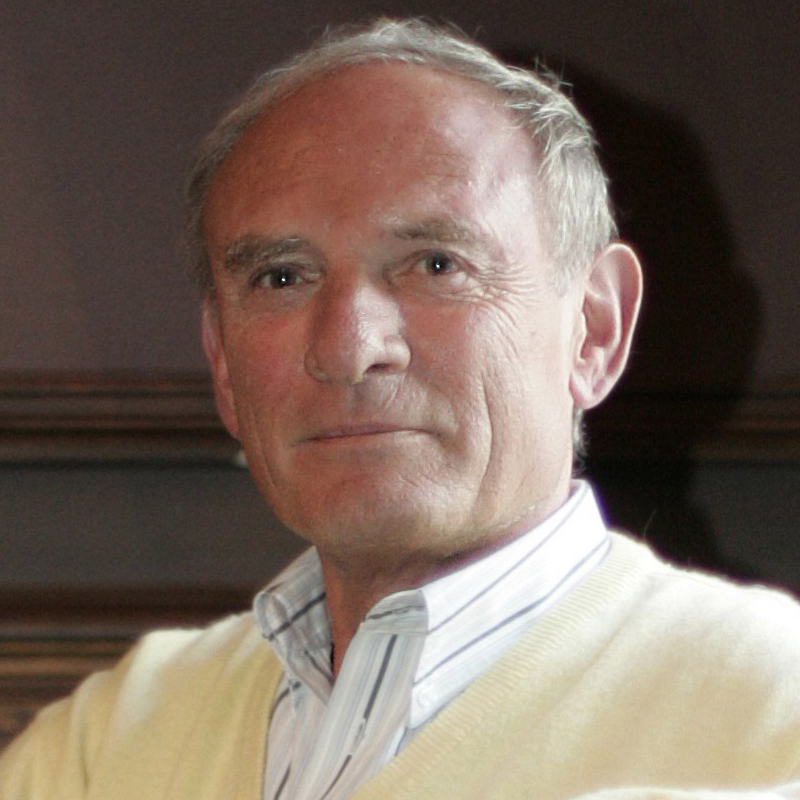 Born in Brussels on 16 January 1939, Jean Van Hamme is a great commercial talent with degrees in finance, journalism, and civic law and is also qualified to teach political economics.

After a brilliant international career, he leaves his job as general manager of Philips Belgium in 1976 to become a writer.

While writing six novels on the adventures of "Largo Winch" for Mercure de France, he also takes up scriptwriting for TINTIN: strips for Attanasio ("Modeste et Pompon"), a mythological adventure ("Epoxy") and episodes of "Corentin" for Paul Cuvelier, "Michael Logan" for André Beautemps, "Domino" for Cheret, "Histoire sans héros" and "Arlequin" for Dany, "Mr Magellan" for Géri.

He starts on the "Thorgal" saga for Grzegorz Roszinski, with whom he later creates "Le Grand Pouvoir du Chninkel" for Casterman.

He then writes the "XIII" series for Vance at Dargaud and "Les Maîtres de l'orge" for Vallčs at Éditions Glénat, etc.

We must also thank him for several scripts for television (the adaptation of "Maîtres de l'Orge"), and the cinema ("Diva" by Jean-Jacques Beneix and "Meurtres ŕ domicile" by Marc Lobet).

In 1987 he manages Éditions Dupuis for a year. He launches the best-seller series "Largo Winch" with Philippe Francq, and devises what will become the "Aire Libre" collection, for which he creates the stories of "S.O.S. Bonheur", illustrated by Griffo, and "Lune de guerre" with Hermann.

Having closely examined all the techniques of popular storytelling, Van Hamme has become a scriptwriter who turns everything he writes into gold. So it is hardly surprising that one of his most recent projects, which was to bring the characters of "Blake et Mortimer" back to life together with the illustrator Ted Benoît, was an enormous success. We can think of no- one better to continue the classical tradition of Edgar P. Jacobs.

In addition to teaching at the Institut d'Arts de Diffusion (Louvain- la-Neuve), he has also been the chairman of the Centre Belge de le Bande Dessinée since 1992.