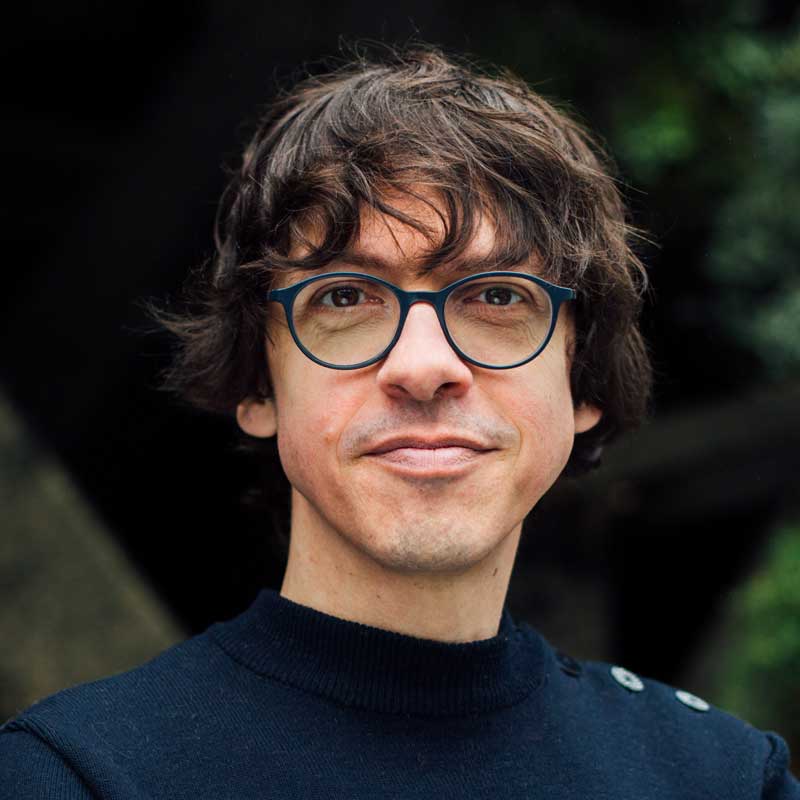 Born on 30 January 1972, Fabien Vehlmann spends a happy childhood in Les Landes and the Savoie before enrolling at the École supérieure de Commerce in Nantes.

After a job in a theatrical group - which enables him to get acquainted with video and radio - he enters a scriptwriting contest held in 1996 by Spirou, but his entry is rejected because he has not adhered to the prescribed format. However, this only encourages him to persevere, and he is hooked: he returns to his parents and does nothing but write scripts for a whole year. And one fine day, Spirou relents and finally accepts him!

He makes his debut with "Green Manor", with Denis Bodart, followed by "Samedi et Dimanche" with Gwen, for Dargaud. In 2002, he publishes "Le Marquis d'Anaon", with Mathieu Bonhomme.

His works are all masterpieces and have already established him as one of the most skilful scriptwriters of his generation.