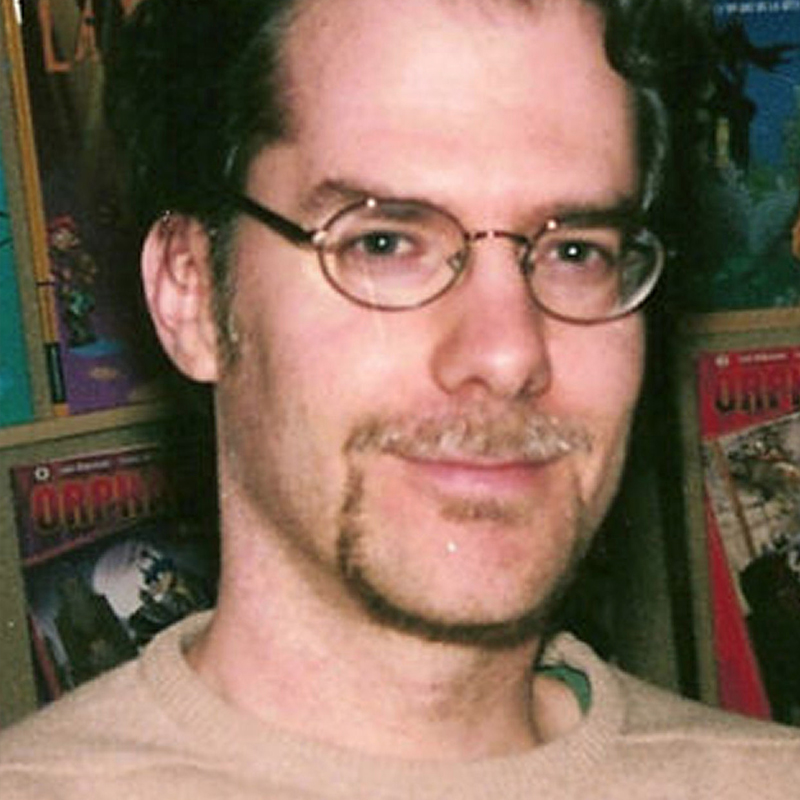 Yves H. fell into the cauldron of cartoon potion at birth. His father, Hermann (last name: Huppen), started an impressive career as an illustrator in 1966. He created Bernard Prince in TINTIN, based on a script by Greg. Then, in 1967, little Yves came into the world in Brussels. For as long as he can remember, he dreamed of becoming a story-writer. His passion for modern cinema (Terry Gilliam, Woody Allen, Kusturica, the Cohen brothers and many others) caused him to try movie-making at first, but he soon found that producing a story on paper requires less investments and concessions than producing one on film. Working together with his father he published a first album at Dupuis in 1995 (Le secret des hommes-chiens) in which he deployed both his drawing and story-telling skills.

Considering himself better at writing than at illustrating, he then focused on writing scripts. He successively wrote, for his father, Liens de sang (Le Lombard, 2000, a remarkable story about the relationship between a father and son), Rodrigo (Glťnat 2001, the twelfth episode in the Tours de Bois- Maury series) and Manhattan Beach 1957 (Le Lombard, 2002, a greatly acclaimed old-fashioned thriller). Zhong Guo (Aire Libre Dupuis, 2003) evolved toward the futuristic thriller and political fiction, a genre he had been wanting to try for a long time.

Modest as he is, he wanted to become known under a pseudonym which did not reveal his origins, without denying them in front of those close to him. Still, it does not make any difference now, because Hermann has established that their joint projects sell better than those published on his own, even though they are all bestsellers as soon as they come out. "Some sort of osmosis occurs," he acknowledges, "Yves writes a script, I draw. The combination of the two results in a product which is no longer exactly what he originally had in mind, and my drawing isn't entirely the same either. It develops into something more."