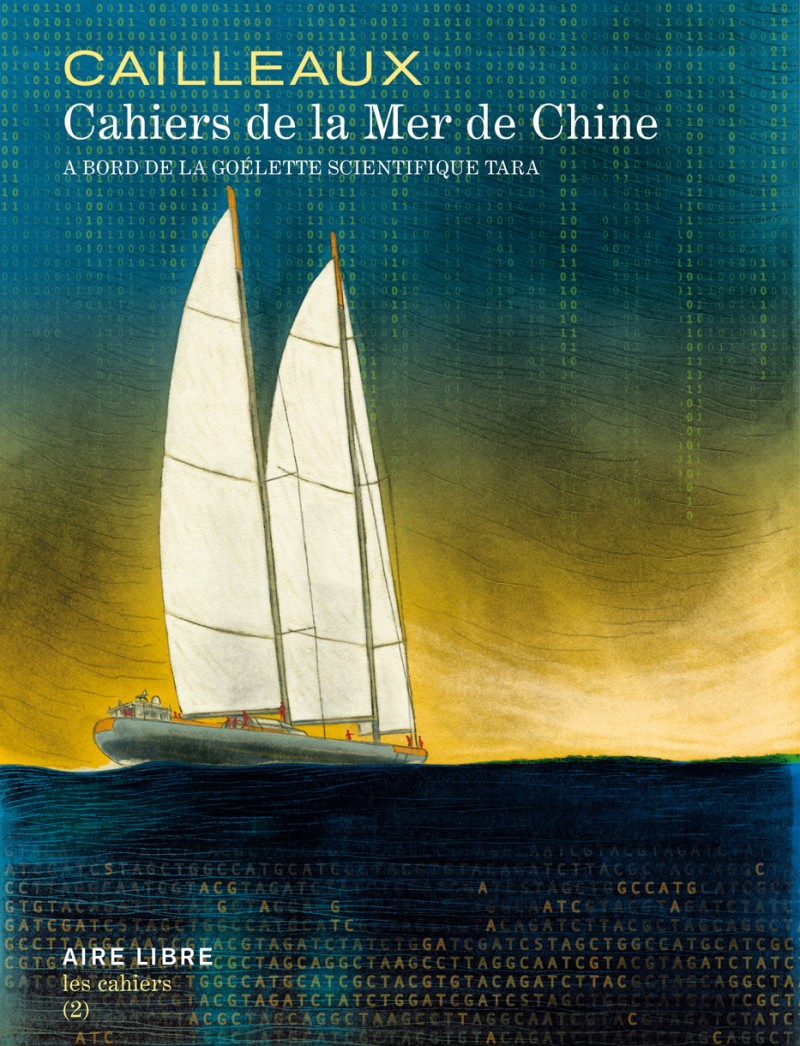 The aim of the ambitious "Tara Pacific" expedition is to discover whether coral reefs are able to adapt to climate change. It is the 11th expedition organized by the Tara Research Foundation, the only French state institution dedicated to the protection of the marine environment. Since 2016, the schooner Tara has covered 60,000 sea miles, called at 70 ports in 30 countries, and collected more than 40,000 samples. Aboard are 70 scientists, including 7 Foundation employees, along with the 6 members of the ship's crew and 8 "resident" artists.
Among these is Christian Cailleaux, painter and globetrotter, mariner and illustrator, who has spent his life exploring every inch of the earth. As the Tara crosses the China Sea on its way back to France, Cailleaux fills his notebooks with sketches of the crew going about their daily routine, the local landscape, and anything that might be of scientific interest. And it is through his eyes that we see the inner workings of the expedition, as well as the wealth of beauty he encounters, and his overriding ambition: to show the world how precious our oceans are.