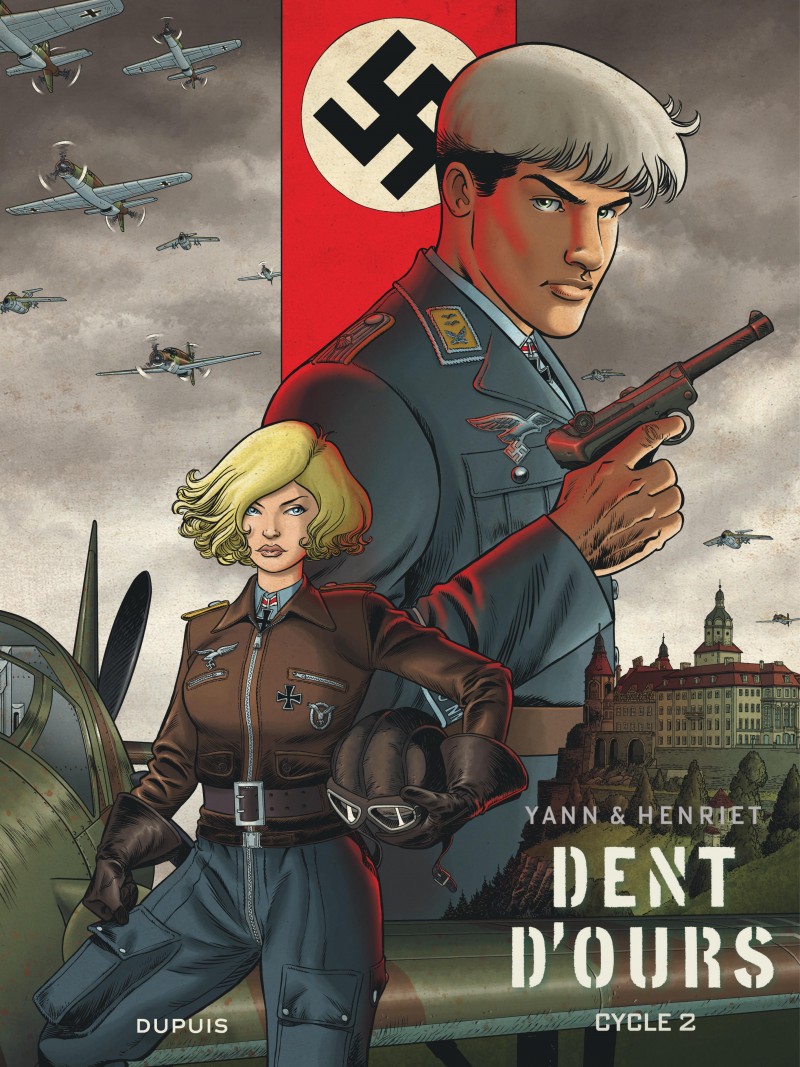 This compilation of the first cycle brings together the first three volumes of an epic aviation adventure by Yann and Henriet. When Max is accused of treason, his whole life is turned upside-down. Born of a family of Polish Jews, Max (AKA "Polak"), emigrated to the United States to escape Nazi persecution in Europe. He enrolled in the US army as a pilot and now serves on an airbase in the Pacific. However, in a case of mistaken identity, he is suspected of being a Nazi spy. He's soon proven innocent, but will nonetheless have to take on a high-risk mission to clear his name and his reputation. The mission involves hunting down and killing Hanna Reitsch, and elite Luftwaffe pilot... and his childhood sweetheart.