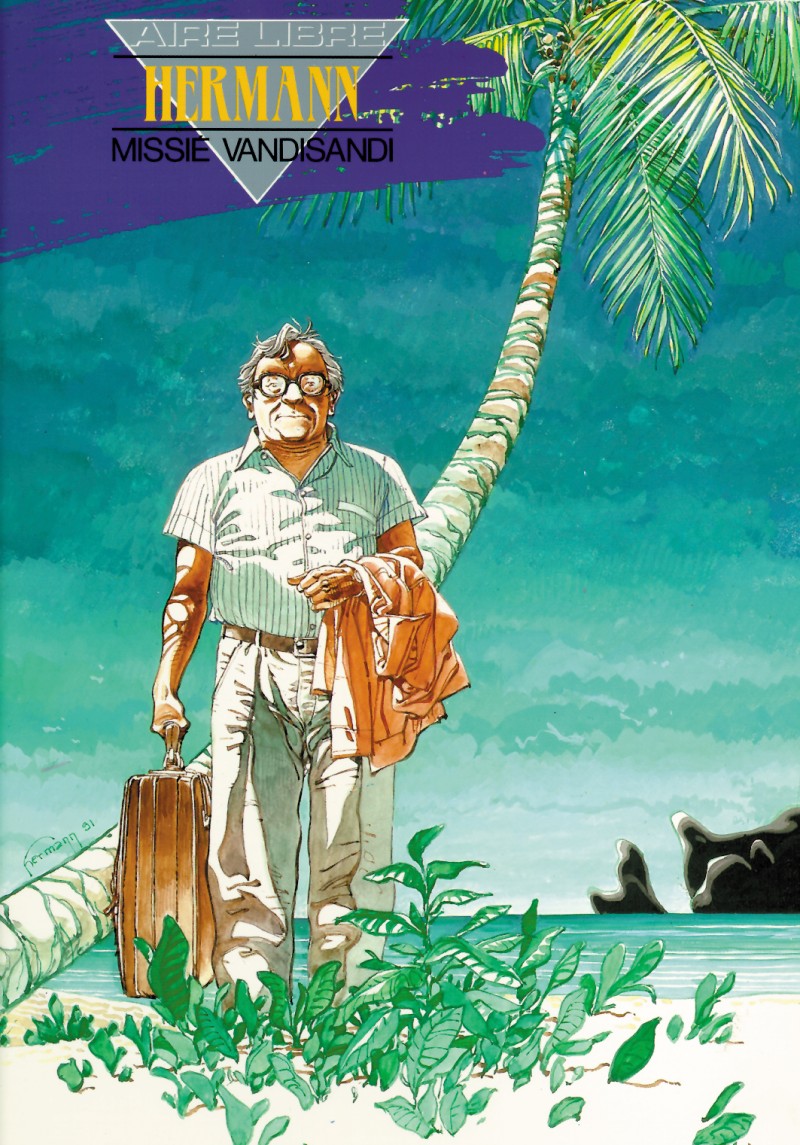 Un sentiment de peur
Have you noticed that near the equator, the sky becomes vaster,
bigger, higher? The fascination with golden sand, turquoise sea, sunsets
that rise to the firmament, castles of clouds. There are also
coconuts, these strange fruits with three truths: first of all visible,
the bearded jacket conceals the fruit, which in turn encloses a sickly
sweet liquid, much like a symbol of postcolonial Africa. Karl Vandesande
has closely studied this immeasurable continent and its many truths. A
lover of traditional art, he always returns to this Africa where some
seem to believe that everything remains to be destroyed. Thus admire the
three truths of the coconut: to make up for his lack of African
mysteries and to get back there as quickly as possible, "missié
Vandisandi" chooses the pretext of a vague book commission, which itself
conceals a trap that even the most distrustful old lions would rush
into...