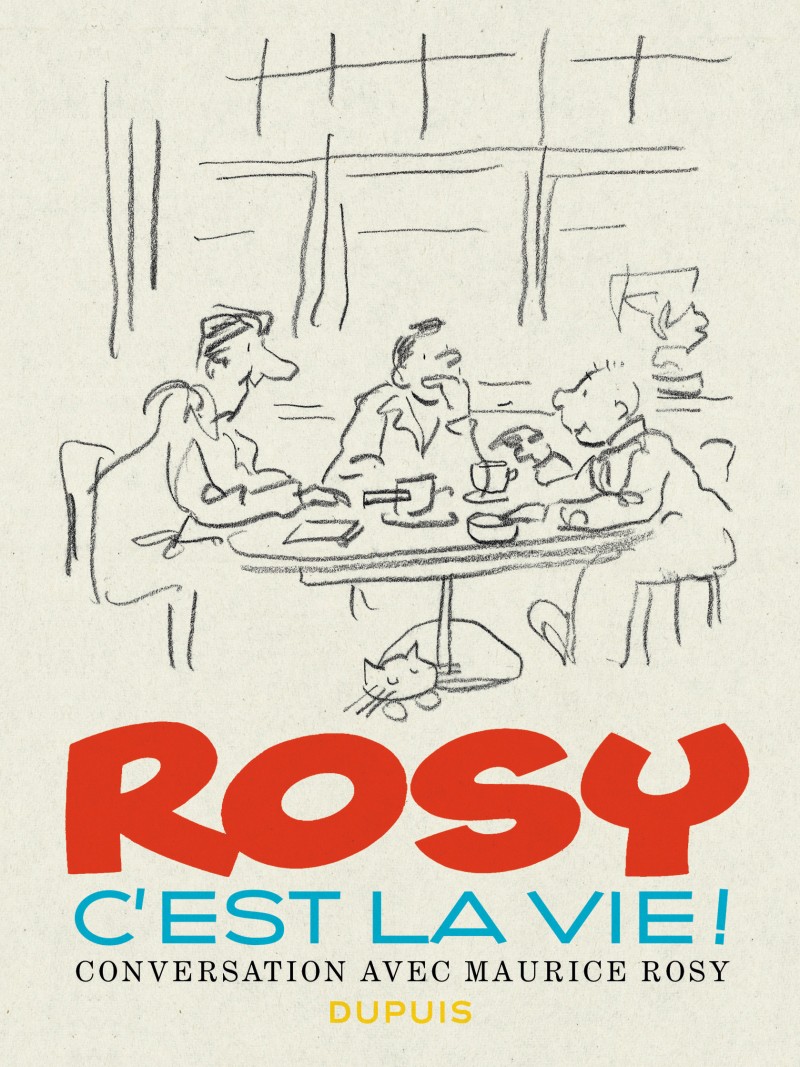 Maurice Rosy was hired by Editions Dupuis in the mid 1950s and his job title, as stated in his contract, was 'ideas man'. A reader of Vogue and Harper's Bazaar, he soon became the artistic director of Editions Dupuis. He created the first mini-story and the first pocket-sized comic books in the 60s, and he later left Belgium for Paris in the early 70s to make a career as an illustrator for advertisements and children's books.
Here he tells the story of his life at Dupuis, illustrated with his own drawings, photographs, and excerpts from Dupuis publications. He passed away in February 2013.