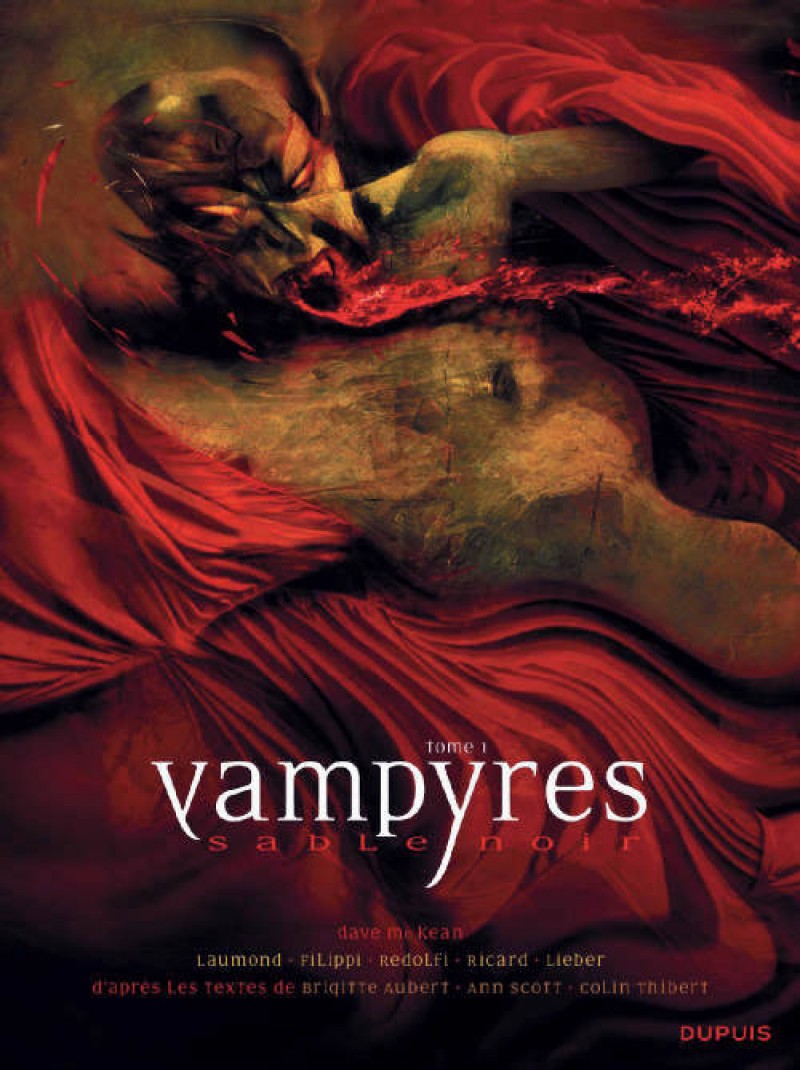 6 great names from dark fantasy fiction (including Caryl Férey, Pierre Pelot and Ann Scott) have written 6 vampire stories working on the same theme. Each have their own way of portraying this harrowing subject. 6 entirely different stories published by J'ai Lu. 6 films were then filmed, to be broadcast this autumn on the Canal cable channels (Jimmy and CinéCinéma Frisson), with a DVD release to follow a few days later. 6 teams of graphic novel authors then set out to take on these tales and rework them in their own style. As a result, there is 144 pages of harrowing, terrifying and hallucinatory stories... created by the masters of international graphic novel art in the USA, Spain, Italy, Belgium, France and so on. These stories are combined into two volumes of 96 pages, each containing 3 graphic novels and a 'making of' that combines images from the films, extracts from the short stories and graphic novel illustrations.